Swamiji distrbuting clothes and cash to the poor on different occassions. 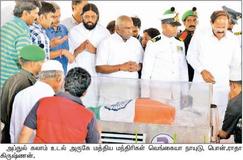 SWAMI SUNILDAS has been the lone invitee from India for the last three years {2012, 2013&2014}to attend the “WORLD PEACE CONFERENCE” on Bhudhapournima in Srilanka where he could discuss with president of Sri Lanka about fishermens problem,
Swami Sunildas convened the meeting on22 Septemer 2014},the three dignitaries of srilanka :-Namely Deputy Minister Sri.Prabha Ganeshan DR.Suresh Gangadharan SRI Shantarlingam Srinimal  have visited Swami Sunildas in Sneham Ashram ,  Representatives of Rameshwaram fisherman had a discussion about their problems with them . Following these events 76 fishermen were released  and Swamiji visited them on22nd October welcomed  and addressed them  with the reassurance of solving their problems On 1ST Nov. Swamiji visited the families of Five fishermen under detention , gave them lots of support and comfort.On Sunday 9th November 2014 the Hon’ble Prime Minister Of India SRI NARENDRA MODIJI had a detailed conversation with the President of Srilanka.On 21st November 2014 Five fishermen released from Srilanka were received in Rameshwaram along with Swamiji in great pleasure and high spirits.These five fishermen have visited along with their families Sneham ashram on Saturday the29-11-2014 to convey their gratitude to swami Sunildas for his kind intervention in their release.. 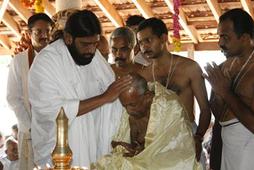 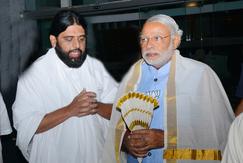 July 2009
Inauguration of heart of love Meditation programme in London.

SwamiSunilDas’s urge to spread the Message of love started from quite early days of his child hood, as he started worrying about his school mates starving without food. 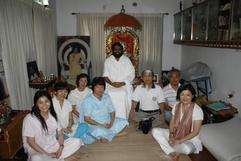 11 Dec 2015
In the conference inaugurated by Pandit Sivkumar Sharma, Dumb and Deaf students from different schools have taken part.

7TH Jan 2013
His Exellency the President of MauritiusRajkeshwurPurryag presiding the world peace conference at Sneham  Ashram and appreciated the selfless services of Swami Sunildas towards the humanity and his mission to spread the message of love all over the world. 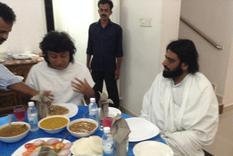 as a tribute from Govt. of India  Five rupees stamp depicting swamijis's Jalayagna has been issued by postal dept. alog with itdisplay of magnificient view of Mysore palace swami sunildas being the Rajaguru 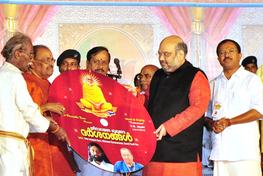 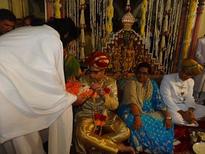 ​​​​3/8/2019 sri CV Anand bose, Advisor to Govt of Meghalaya and Principal Advisor to Red fort,  honouring Swami Sunil Das with HIGH RANGE BOOKS OF WORLD RECORD by Govt Of India Acreditated by USA for providing 90 lack food packets and 7 crore litres of water for the poor.

Swamiji blessed the real soldiers of Kerala, the fishermen who rescued our people from the disastrous floods.

1ST JAN 2018 UNIVERSAL RECORDS FORUM certificate 2018 national record awarded to swami sunildas he has been providing 1000 food packs per day since 1992 given 90 lacks food packs till date also 7 crore litres of water supplied to the poor.

9th Sept 2004  Clothes distribution to the poor and World peace prayer by Princess of Bulgeria.
30th Dec 2004  Financial help given by Sneham trust to the Sunami effected people.

21ST July 2009
British Parliament Minister for Industries Mr. PeterBenjmenMandelson initiated the mission of spreading the message of love and peace i

Sept 2009
Chandikahomam conducted for 9 days in sneham ashram hundreds of people including the delegates from all over the worldparticipated in chantings and World Peace Prayers .

May, June ,July 2009
Spreading the message of love and peace in different parts of U.K. 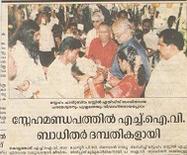 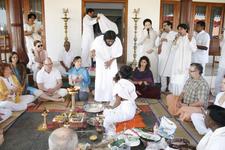 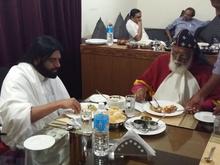 INDIA BOOK OF RECORDS for most number of  donations for hunger relief was achieved by Muthalamada Sneham Trust under the Chairmanship of Swami Sunildas Prabhakaran from Palakad erala.

This trust has been donating 1000 food packets  and 220 units of water every day since 1992 which are estimated at 9 million food packets and 7 creres litres of drinking water till december 19, 2017.

.February 21, 2014 ·
World peace families from Germany and African countries visit Swami Sunildas for prayers and blessings at his Sneham Ashram. 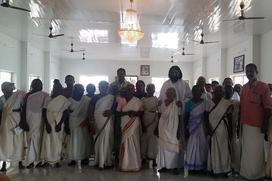 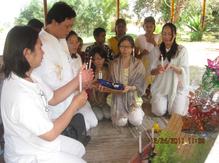 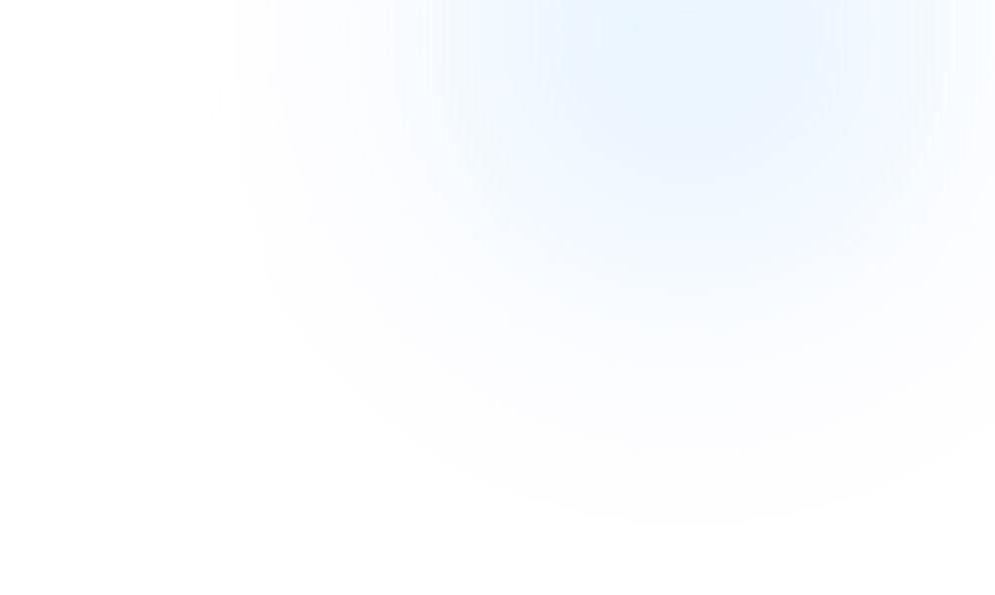 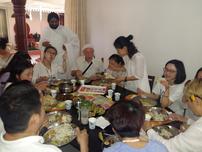 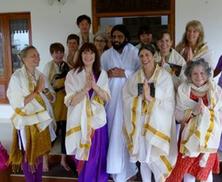 14th May2016
Inauguration of cardiac emergency ambulance on . 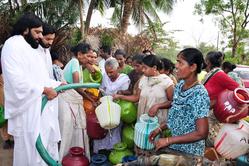 Swamiji awarded with Doctor Of Letters

for his overwhelming contribution towards World Peace.

13th to 24th Oct 2012
Swami Sunil Das in Maharaja of Mysore palace with numerous no. of people and various dignitariesSpreading the message of love through  spiritual prayers and blessings

Chidren from ‘Forest Hill Acadamy” of Tamil Nadu, and Elevancherry school from kottayam made a visit to Muthalamada Sneham Ashram
Swami Sunildas imparted the Social, Spiritual and Moral values of Indian culture to themHe has explained to them His revelation of “Heart of Love meditation’’ to the kids.

24thjune 2009
Hindujaspresenting the certificate of pledge for the new millennium for Building the Tolerance Understanding , along with a message from Rt.Hon. Tony Blair. 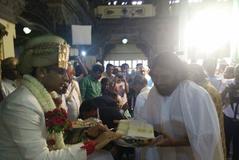 Showers of love from Swami Sunildas through drinking water supply. new bore well was dug and started today at Sneham Ashram so as to provide drinking water to the draught areas in surrounding villages. 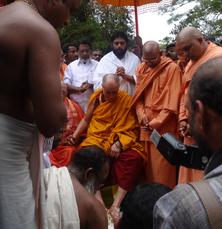 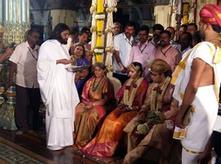 Personally handing over the keys to the families.

.17 Mar2012
Peace prayer at Trivandrum Maharaja’s palace on his birthday.

.Swami Sunildas with M.A. Yousuf Ali  at Lullus House.29 jan 14 His message during this meeting was ‘God gives chance only once for CHARITY AND NOBLE WORK. once you miss the chance nothing can be done in the old age. do some thing good while god has given you some energy and opportunity’. SwamiSunildas was delighted and told that this is to proove that there is no Religion , no language for message of love. to spread world peace love is the only language.  Swami Sunildas teach Human Vallues and heart of love  to the Bhagawadgeetha group of students in Abu Dhabi31st Jan14
Swami Sunildas received by Rosy Blue Harshad Mehtha Chairman FZS ,world famous Dimond Merchant Feb 9th 14
Choitrams recieving Swami Sunildas in Dubai.Feb 10th 14

​ Swamiji has taken the responsibility of food distribution in ayurvedic    hospital, PALLAKAD 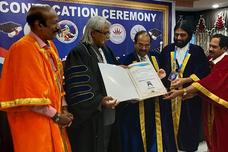 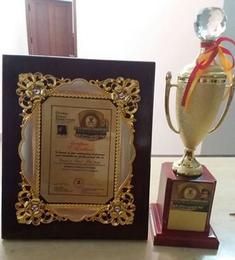 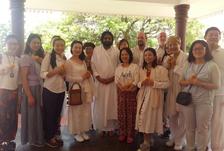 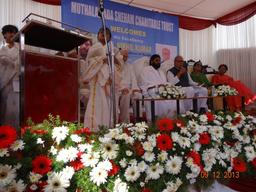 Swamiji has been honoured by the JCI (Junior Chamber of the India) Award.in kerala

September 29, 2015 ·
International Global Association Award Jury had unanimously selected Swami Sunildas for Netaji Subash Chandra Bose_Internatonal Excellence Award -2015 in the category of Social Service & Peace as his contributions found to be splendid and remarkable in nature.
Award will be distributed on 3rd October 2015 in Singapore, the historical place where netajis subash Chandra bose assumed the leadership of 2nd ina 73 years back 1943 ..

2ND Dec 2005    For the first time in the world HIV Positive couple getting married, initiated by Swami Sunil Das

13thsept 2011
Kerala Chief minister Sri OommenChandyInnuageratingSnehamAyurvignanam
Institute of Research & Medicaid' at  Sneham Hospital, with a view of extending holistic mode of approach in treatment for the poor.

Swamiji had the privilage of recieving and greeting BJP President Shri Amit Shah in Mysore palce along with Rajmatha Pramoda devi and Maharaja of Mysoe. .

1st Jan 2016
Inauguration of the Sneham Auditorium and engagement of Dumb and Deaf couple in Sneham Ashram.

August 2006
Swami Sunil Das ADOPTING THE ORPHANS LIVING ON THE ROAD SIDE.

: SWAMI SUNILDAS IN THE FUNERAL OF MYSORE MAHARAJA 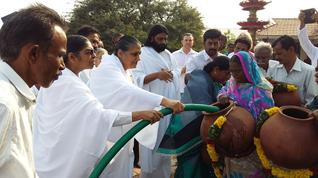 Foundation layed for the building for HIV PATIENTS. 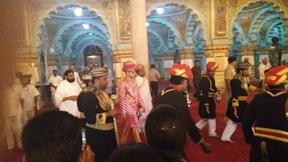 2nd Jan 2013
Maharaja of Mysore Sri KantadattaNarasimharajaWodeyar Lighting the lamp for World Peace Conference at Sneham Ashram and explained the divine experience of happiness which he felt from the message of love from Swami Sunil das.

.Following are the few glimpses of his struggle through this journey. 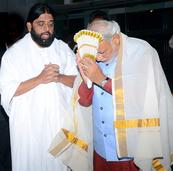 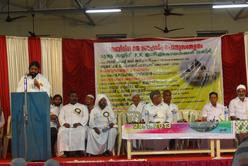 August 8, 2014 ·
Jannet and her team in the passion test visited Sneham ashram 0n 7th August.2014 THE DELIGATES Were from various countries like United States, United Kingdom Japan, Norway,Greece,Australia. All of them visit Sneham Hospital. Sneham Gurukulam, Sneham Food distribution. They were highly impressed to meet the Leprosy group adopted by Sneham

May and June 2008
Heart of love and world peace programmes in various schools and colleges of Kerala and Tamilnadu.
17th October 2008Princess of Malaysia Mrs. ZarinaZaniel and Mr.Venkatachalam, Chief Justice of Indiapresiding the Heart of love Meditation Programme along with large group of University Students

November 27, 2012
Swami sunil das praying for the world peace along with Dalilama at shivagirimath ,kerala.

:Swamiji is at the funeral of Former President of India APJ Abdul kalam.

SWAMIJI CHOSE TO CELEBERATE PONGAL FESTIVAL WITH THE POOR AND AILING VILLAGE PATIENTS . HE WENT ROUND THE WHOLE VILLAGE AND VISITED PATIENTS WITH DIFFERENT PROBLEMS. GAVE FINANCIAL HELP AND CLOTHES. ENCOURAGED THEM FOR FURTHER FOLLOW UP AND MANAGEMENT IN SNEHAM HOSPITAL. FOOD WAS DISTRIBUTED TO ONE AND ALL..

Food for hungry project initiated in the premises of Sneham trust. 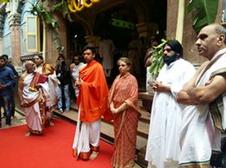 SWAMIJI'S SERVICES DURING COVID9 CRISIS  IN FORM OF FOOD DISTRIBUTION

preparing and packing the food following all the the guidelines properly and distibuting to the essential and emergancy services, road side homeless people through the mobile kitchen. the distri bution starts at 11 am and continues till 8 pm  it supplies two times lunch and dinner

17TH MAY 2013
Swami Sunil Das visiting Sri Lanka to Spread the World Peace and the Message of love.

15thjuly 2005
Programme of issuing pension for the Leprosy Patients by Sneham Trust was launched.